What’s the real problem with fake streams?
Written by WinstonBurns 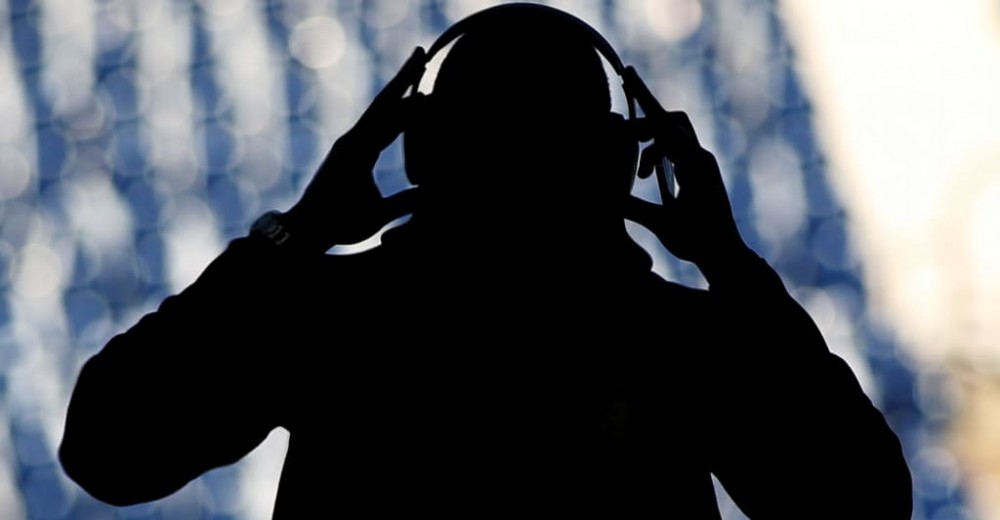 The issue of fake streams — plays of music registered by bots or real people hired to stream certain tracks — has drawn special attention in the world of hip-hop, where the appearance of authenticity is crucial. “How many faking they streams?” J Cole rapped in 21 Savage’s 2018 song “A Lot.” “Getting they plays from machines / I can see behind the smoke and mirrors / Niggas ain’t really big as they seem.” Cole’s verse prompted a simmering paranoia in some corners of the internet: who were the frauds in the streaming game? Big stars proved easy targets. French Montana became the subject of a thorough (albeit unconfirmed) Twitter thread documenting alleged hacked Spotify plays for his song “Writing On The Wall,” while Cardi B and The Kid Laroi have separately been accused of faking their numbers based on dubious evidence. Still, each artist has pushed back on the rumours, clearly understanding how their careers could be compromised by even the suggestion that they have padded their numbers.

With just a quick Google search, artists, managers, and labels can find vendors who promise “promotion” through fake streams. “I will help you buy real Play [sic] from all over the world at an affordable price,” one posting reads, “so as to help you improve the professional level of your account!” This pitch is targeted not to the French Montanas of the world, but to the small independent artist struggling to get noticed; if a curator on platforms like Spotify and Apple Music sees that a song is trending and adds it to a popular playlist, that can drastically change the trajectory of the artist’s career. It’s an appealing prospect to anyone struggling in an industry where talent and hard work doesn’t guarantee success.

Given this brutal reality of being an emerging musician, is it fair that the brunt of negative perception for fake streams falls on the artists? Should we consider the culpability of the systems they work in, and how they make the artists vulnerable to what fake streaming has to offer? These questions are explored in an academic paper written by Eric Drott, Associate Professor of Theory at the University of Texas at Austin. “Fake Streams, Listening Bots, and Click Farms,” published last year, examines the thriving industry of websites offering fake streams, and argues that they represent a broken system that better serves rights holders and top-tier artists than the vast majority of musicians on the platforms.

Drott outlines how sites like SEOClerks collect job postings offering a set number of streams for a fixed price; you could opt for bots to play your music automatically, but if the fake streams are flagged, your music could be banned from the service. There’s also the option of paying for actual humans working in click farms to stream your music, but that comes with a hidden cost: in his paper, Drott spotlights workers located in places like the Philippines and Bangladesh, where they are paid next to nothing and suffer psychological distress from hearing the sound of clicking, day in, day out.

Still, for those desperate enough for a career push, the promise of juiced streaming numbers might be hard to pass up. “Fake streams are part of a broader set of strategies that people have developed as a way of getting their music heard,” Drott told me over the phone last week, “and getting their music heard being a precondition for it to actually generate some revenue.” As Drott explained, the issue is tied into a royalty system that pays out the most to the biggest artists, the industry’s tolerance for musicians who simply can’t break through, and much more.

The FADER: Let’s imagine a hypothetical artist who’s made the decision to buy fake streams. What is it about the way the industry is set up now that puts the artist in this position?

Back in the day, the big problem that aspiring artists faced was, “How do I get my music in front of an A&R person at a record label?” or, “How do I get in the hands of a programming director at a radio station?” Now, there’s a different kind of gatekeeper: There’s something like 40,000 songs being uploaded to Spotify a week. It becomes a needle in the haystack thing. How do you manage to get your music heard? Spotify has these tips for artists; their advice is, “You can improve your placement and get placed on one of these popular playlists if your music is popular.” That’s actually not terribly helpful.

When the curators are assembling the more popular playlists, one of the ways in which songs come to their attention is just all of a sudden there’s a sudden spike in their streaming numbers. The [fake streaming] services promise to deliver a certain number of streams to a given album or track; it’s going to emulate that kind of viral popularity, in the hope that then the Spotify algorithms will pick that up and then it will get put on a playlist.

Can you explain the concept of “surplus population” as it relates to musicians trying to break out of the pack on streaming platforms?

I’m borrowing that from Marxist theory. It’s supposed to put a point on the fact that there’s a tendency within capitalism to create unemployment. What the term gets at is that these people are surplus relative to the needs of capital; there is no use for their labor within the economy. So if you have no utility for the economy under capitalism, you’re pretty much useless.

The synonymous term is the reserve army; it’s the notion that one of the major things that helps drive down the cost of labor within labor markets is if there’s a large population of people who are unemployed or are only partially attached to the labor force. There’s a lot of people who are aspiring to have careers, what some economists would call an oversupply of musicians; more than the system, as it’s presently constituted, can absorb. So, that’s where you get this surplus. You get all these people who want to be part of the musical economy, but the musical economy as it’s structured just has no place for them.

What would it take for the system to, as you said, absorb these musicians properly? Some form of regulation? Or, complete systemic change?

You’d have to have a pretty radical systemic change. Part of the problem is that the way the modern recording industry in the past 100 years has developed is dependent on economies of scale. Because it’s so hard to predict what’s going to be popular, historically major labels have signed a bunch of acts and only one out of 100 acts they sign makes it really big, and they use that to cover their losses. So there’s a kind of systemic incentive for people who are looking to make money producing music to go for people who are going to sell out stadiums rather than mid-sized venues.

And so, I think that the streaming platforms are set up the same way. One of the things I talk about in the article is that there’s limited space on the splash page of whatever streaming platform you’re looking at for music to be displayed. One of the things that people vie for is to be put at the top of rotation of the most popular playlists, because those are the things that are going to come across people’s lines of sight. So I think so long as you have that kind of economy of scale, it’s very hard to see how you could absorb and ensure that people who want to make a living at music can do so.

The way you have to go around that, is to start to think about, “Well, are there other ways we can think about funding music that doesn’t rely so much on centralized music producers like record labels, major labels and centralized distribution platforms like Spotify? Or, if you are going to have a centralized distribution platform, then have one that’s publicly owned and operated?” I think there is the potential for a way of searching and identifying and retrieving music that would benefit fans and artists and not too much the major corporations that own the rights to various catalogs. But the way that the streaming economy has evolved, it’s their interests that are really being served, rather than the average fans and average musicians.

What’s your forecast on the relationship between artists and fake streams? Do you think more artists will use them in the future, less, or about the same?

I don’t know if I have a forecast, to be honest. So long as the system remains in place, and you have that asymmetry in terms of a fat head where all the attention and revenue is massed and then a very, very long tail of millions and millions of artists who are struggling to get their music heard and struggling to get any revenue, you’re going to have conditions that are rife for people to try to do whatever they can in order to achieve that end. And if fake streams go away, something else will fill that vacuum.

If all of these clicking farms collapsed tomorrow, what do you believe the effects would be?

Your guess is as good as mine. One thing that it wouldn’t really do is actually change the overall aggregate income that Spotify pays out, but it would recalibrate who gets what. Most of the time, the pretty desperate people who just want to try to get their music on some tastemaker’s radar. They’re not really making much of a dent. Spotify’s bringing in billions of dollars a year, so if these people are boosting their play counts by even upwards of a few 100,000 streams, that’s only going to end up being a few thousand dollars in terms of revenue.

If you think about historically, when has the field of music really opened up in a pretty spectacular way? It’s when there’s been a big structural change to the ecosystem. So the one that often gets singled out is in the 1950s: Why did rock and roll emerge? And one of the most convincing explanations that sociologists have put forward is that the radio networks were dismantled because CBS, NBC, they all moved over to television, because that’s where the advertising dollars were now going.

So all of a sudden, all these radio stations were being sold off. They were being bought up by these small independent entrepreneurs, including a lot of Black entrepreneurs — they needed stuff to fill the airwaves which then created demand for independent music. And so all that all of a sudden changed the dynamic and that’s where you get the kind of demand for basically R&B, country music, all these things that had been marginalized within the mainstream record industry up until the late 1940s, early 1950s. All of a sudden they have a kind of opening and then it explodes, and it turns out there’s all this pent up consumer demand for different kinds of music. What I’m trying to say is that I think you’d have to have that kind of systemic shock to really open up the musical field to new voices in a really radical way.

This interview has been edited and condensed for clarity.