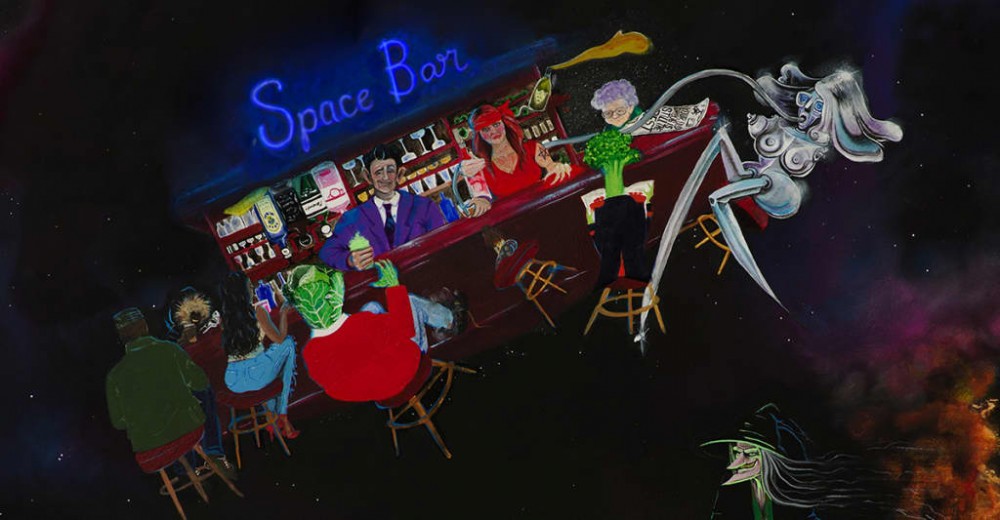 Your Old Droog first came into the public eye about seven years ago, roughly two eternities in the hip-hop world. But to his (and our) ongoing benefit, the New York-based rapper has never wavered from making immersive and lyrical collections of music with whip-smart wordplay and a nearly flawless beat selection. Space Bar, Droog’s fourth album of 2021, is out on November 29, and today you can hear its lead single “Meteor Man” with guest rappers Lil Ugly Mane and billy woods.

The song is a Voltron of three artists who have had strong outputs in 2021. billy woods turned in one of the year’s finest rap releases in Haram, his Alchemist-produced collaboration with Elucid as Armand Hammer, while Ugly Mane’s recent project Volcanic Bird Enemy And The Voiced Concern eschewed rap in favor of experimental indie-adjacent textures. That said, all three artists are rapping at the top of their games on “Meteor Man.”

So far this year, Your Old Droog has released the album TIME and two full-length collaborations with Tha God Fahim, Tha Wolf On Wall Street and Tha YOD Fahim.